The Chatham-Kent Black Historical Society is a non-profit registered charity, which was founded in 1992 and incorporated in 1994. We are an affiliated society of the Ontario Historical Society, which was founded in 1888. After visiting in 1857, Reverend R.R. Disney of the A.M.E. Church in the United States, stated: “Chatham was not a mecca only. In a broader and truer sense, it was the coloured man’s Paris. Even now, after the experience and growth of 20 years of liberty we scarcely know a city of the land blessed with a society more varied and refined, more opulent and gay, than was this little Canadian city during the decade that opened up the second half of our century.” 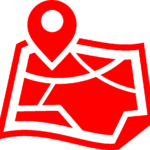